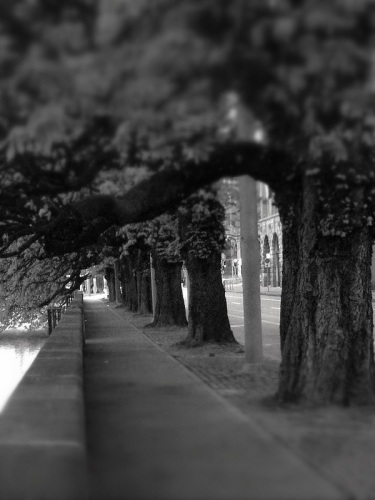 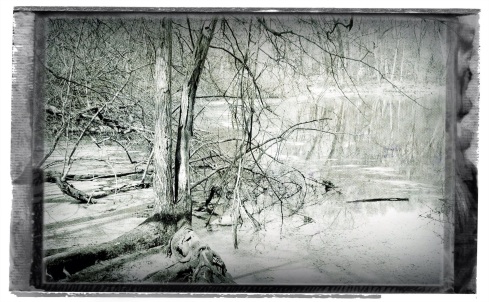 I started playing with this app I heard about called Camera Awesome, from SmugMug. The output you see here is the result of about five minutes of clicking on filters and borders and textures, and then sliding contrast and saturation levels from one extreme to the next, until I felt the images were sufficiently butchered. It’s a fun little app, but they might have hyped up the “awesomizer” feature just a tad. These images are all from Herrick Lake Forest Preserve in Wheaton.

The top image has a “Denim” texture applied. For the image below, I kicked up the awesome level all the way to the top. It’s how I roll.

For this one, I applied the “Prehistoric” texture.

Bartlett to Union Station in 53 seconds

Ever since a Facebook friend used iTimeLapse to create a timelapse video of accumilating snow on his back porch, I’ve been looking for a chance to do something with this app. Every day this week, I’ve been greeted by a beautiful sunrise, during my early commute downtown. Today though … rain. Blerg.

I’ve been trying all week to get this video, but for one reason or another, it didn’t work out, until today, when it’s raining. Oh well. I still like the output, for what it’s worth, and I will definitely be looking for more opportunities to use this very cool app. 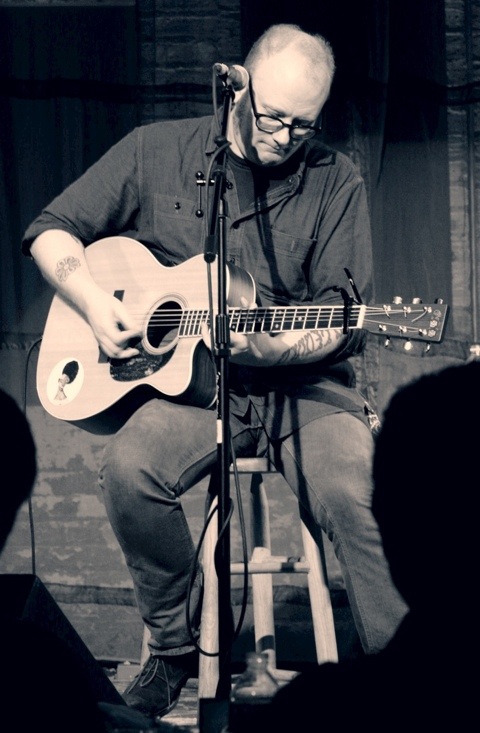 Here he is reminiscing some of the fiasco that was Soul Coughing.

Another set from my archives of heretofore unposted photos. These are from July 2011.

Roger had already been to Freeport back in the spring of 2010. In fact, it’s where he picked up the red chair. But the four of us (Roger, Sally, me, and Karen) just kind of wanted to get away for a day without spending a lot of money. So Roger suggested Freeport.

Freeport was the site of the second of the senatorial candidates’ seven debates. Here’s Roger making himself at home with uncle Abe. 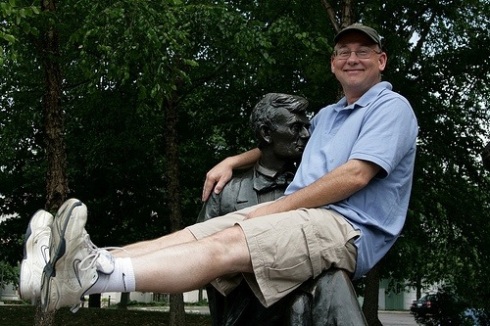 Prince Albert in a can

From the archives, some shots of Metallica performing at Dreamforce ’11.

People weren’t supposed to take video but I don’t see how that rule can be enforced in this day and age. I think every device in this photo is capturing video.

Lead singer James Hetfield entertains the crowd on the right side of the stage.

He happened to glance right in my direction as I snapped this shot.

Guitarist Kirk Hammett visits the right side of the stage.

The band takes a bow on the big screen at the end of the show. 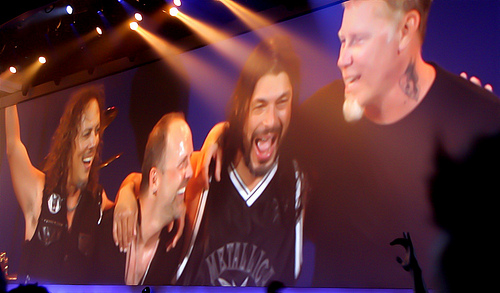 Back in the saddle

I have an itch to start posting again. I also have an iPad now. I won’t go so far as to assert that these facts are directly linked, but it’s possible. The photo editing capabilities on iOS devices is pretty good, for a novice such as me anyway. So having an iPad pretty much negates the need to own a pc, at least in the context of posting photos online.

I dug up a couple of batches of photos from my stash of archives. Look for some new content to show up here soon.

One last post from my trip out to San Francisco earlier this month. A collection of shots of the Golden Gate Bridge.

A dense fog rolled in suddenly on the afternoon of the 9th. 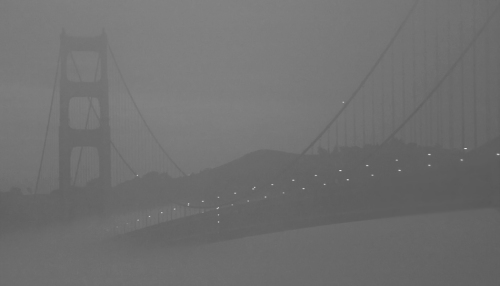 I got these shots with the rented 400mm telephoto lens, while out in San Francisco. He was perched on a telephone pole about 100 feet away. In the image below, the background you see is a portion of the Golden Gate bridge. 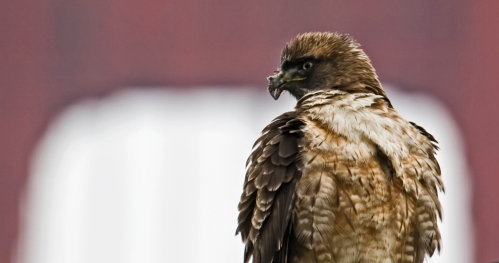 I had to ask Roger for help identifying him but even he had a hard time of it.

It’s a tough call. I’m guessing you saw this in California … Most places in the country, the most common hawk is the Red-tailed, and that’s probably what this is, but I can’t say for sure. It looks like the beak is deformed, which means it might have trouble finding food and perhaps has resorted to eating garbage, which could discolor it’s bill and feathers. I think it’s an immature, which makes the plumage more confusing. And there are various degrees of melanism (the opposite of albinism) which are fairly common in the West. So, if you have a melanistic immature that’s been digging in garbage, it won’t look typical at all. Other possibilities are Rough-legged or Red-shouldered.

The background in this one is Angel Island.

For my birthday this year, Karen purchased $150.00 worth of lens rentals from lensrentals.com. I rented two lenses in anticipation of my trip to San Francisco: a Carl Zeiss ZE 50mm f/2 Makro Planar and a Canon 100-400mm f/4.5-5.6L IS telephoto. I ended up not getting too many shots with the telephoto, since it rained pretty much the whole weekend and I didn’t come across a whole lot that needed to be telephoto-ed. But I fell in love with that macro lens. The pictures I posted of that tartlette, from Miette Patisserie, were shot with the macro lens.

And then there was this. 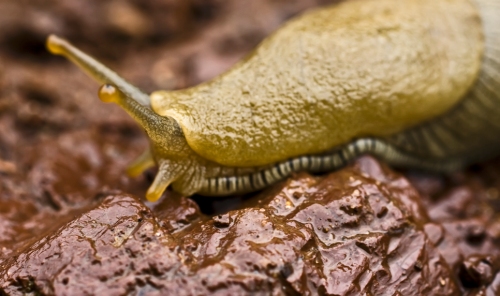 We saw a lot of these guys while walking around the forested areas south of the Golden Gate bridge. They seem to really enjoy when it rains. Understandable since they’re covered in mucus all the time. I imagine they get dehydrated pretty easily. The rain broke just long enough for me to attach the macro lens and crawl around in the mud so I could get up close and personal with this fella.